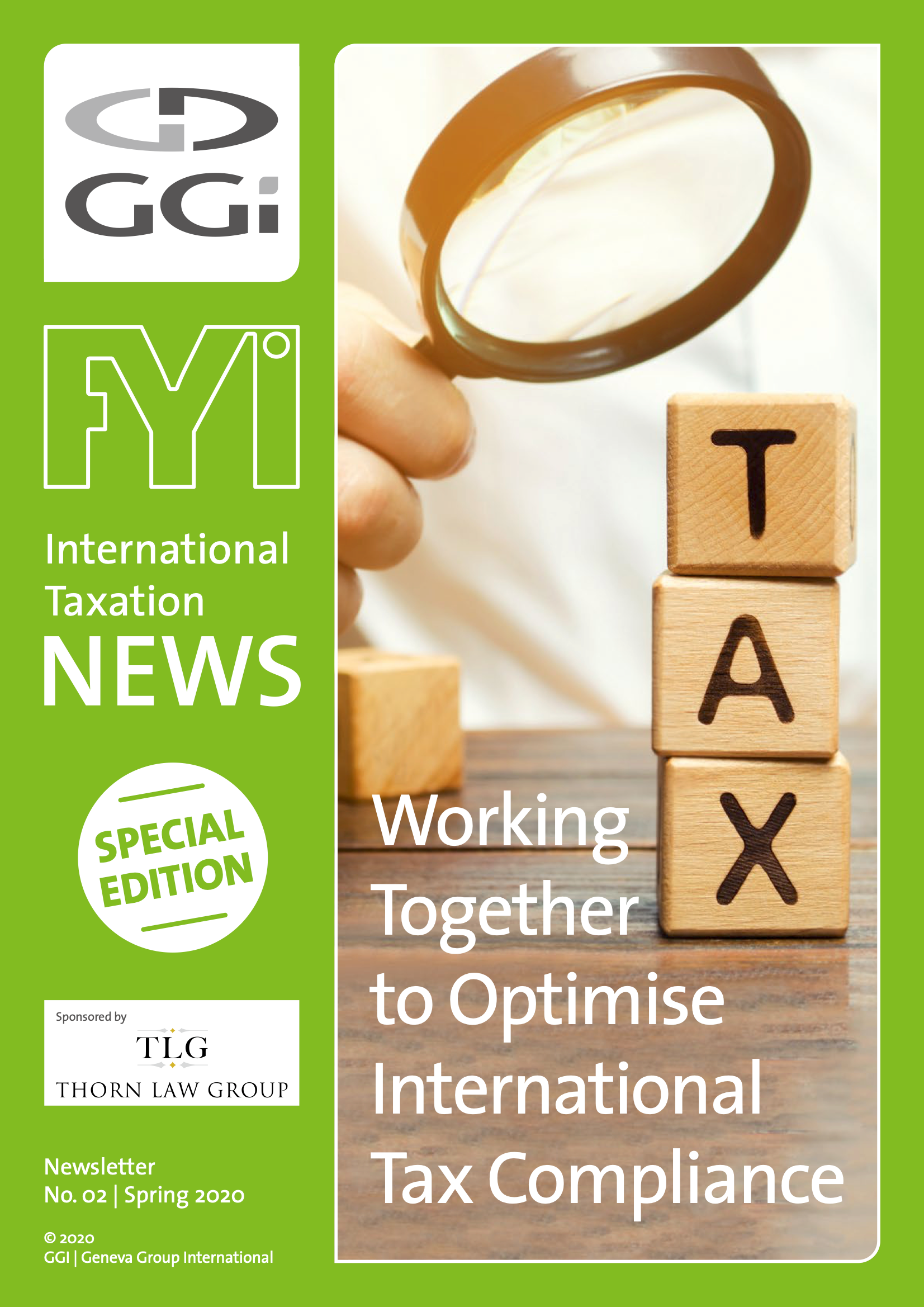 This edition will provide the reader with key information on International Tax Compliance Regulations in different jurisdictions, an issue which is more important now than ever before as tax authorities around the world exchange information in an attempt to minimise any potential tax leakage. Read here the complete special edition. Please click on the Flag of the country of your choice page 3…

France is a member of the OECD and has signed an exchange of information agreement and complies with base erosion profit shifting agreements, known as BEPS. It has transfer pricing legislation, anti-tax avoidance legislation, and, of course, a considerable number of tax treaties to avoid double taxation. This can apply to inheritance tax (which is less frequent) as well as corporate and personal taxation. France is a member of the European Union and complies with sales tax legislation as well as foreign-controlled corporation rules.

Main Types of Business and Taxes for Each Entity
In view of the double-taxation treaties, as well as European Union membership, France reports through the EU countries the revenue of gains to third-party jurisdictions and it freely exchanges information. The tax year in France is the calendar year and declarations are made in the following year at the appropriate times, depending on the nature of the tax declared. Non-fiscal residents (subject to any tax treaty) are obliged to declare French property assets subject to wealth tax if they are worth more than EUR 1.3 million at market value. Obviously, all permanent establishments must file tax returns, including registration with the tax authorities. The taxpayer must declare sales taxes if appropriate, taking into account that the obligation to file declarations is always on the taxpayer.
France has corporate taxes which will reduce to 28%. Sales tax is generally 20% although it can be at a reduced rate for certain types of income. For example, hotels are taxed at 10% for their guests and refurbishment of property, although new construction is at 20%. Dividends can be taxed at a flat rate of 30% for residents.

Types of Trusts and Foundations and Tax Rates for Each Structure
In France there exists a law known as the law of “Fiducie”. This is the equivalent of a life interest trust. The tax is therefore the liability of the settlor. Foreign trusts with French-based property assets and/or beneficiaries, when the settlor has died, are required to file an annual declaration. Not filing declarations risks fines. The distribution of discretionary trusts is taxed at 60% if the beneficiary is fiscally resident in France. Loans could be considered as not distributed but care is needed. Foundations are treated as trusts for tax purposes. To be clear, any wealth taxes due are those of the settlor when alive. On death, this becomes the liability of the remaining beneficiaries that are French residents and/or where a trust asset is liable.
Tax Compliance Requirements for Owners of Foreign Assets such as Bank Accounts, Insurance Policies, Shares, etc. French tax residents are obliged to declare their worldwide income. They also must declare on their tax return all insurance policies, together with bank accounts, even when the accounts are outside of France. Insurance policies are taxed on withdrawal on a reducing balance basis. As French law is not retrospective, taxation is based on the rules when the policy was subscribed. However, this is a complicated area and advice should be sought as to the appropriate rules that apply to each case. The current tax rate on withdrawals is 30% of the gain withdrawn and not on the capital. There are fines for nondeclarations.
After five years living in France, foreign property must be declared on a wealth tax return, noting that all income could be taxable here subject to tax treaties; although there can be exceptions depending on the tax treaty with the third-party jurisdictions. The USA, Switzerland, and the Netherlands are illustrations of this and should be examined on a case-by-case basis. There is a statute of limitations for tax and fraud.

Tax Compliance Requirements for Estate and Wealth Planning Matters
All assets should be declared for ownership and gains purposes. Insurance policies are often used for tax deferral and mitigation; likewise, pension plans, which also have certain tax advantages, along with certain tax breaks in real estate investment funds and capitalisation insurance investment funds.

Tax Compliance Requirements on Sale of Real Estate
People selling property who live fiscally outside the European Union are obliged to appoint a fiscal representative. This is a government appointed, regulated person. The French notary calculates any taxes due and pays any taxes directly to the inland revenue, with their agreement. The fiscal representative is not necessary within the EU. However, the tax is still collected at the time of completion by the notary.

Collaboration with Other GGI Members
We have members that have used our services to deal with property purchases and sales, as well as estate planning and capital gains. We have also filed wealth tax declarations and managed contracts of employment, as well as administration. We have organised property finance and corporate incorporations. Other offices have used our services for trust declarations and certain tax and sales tax filings. We have advised on international taxation and fiscal strategy on crypto/blockchain exchanges, as well as the place they should be established.

Future Developments, Outlook, and Summary
Currently, France is active in the implementation of digital taxes. It has pioneered this as well as trying to make itself an attractive country to be tax resident. It has lowered its corporate taxation and created a flat tax, as previously stated, for dividends of 30%.
The removal of wealth tax on all assets except for property has resulted in a slowdown in the expatriation of French tax residents and an increase in new residents immigrating to France.